Born in Russia, Abraham Rosenberg arrived in the United States in 1883. He was a member of the Knights of Labor and secretary of the United Trade Unions of New York and Vicinity, before helping to found the ILGWU. Serving as president of the union at the time of "The Uprising of the 20,000" and "The Great Revolt" of 1909 and 1910, the negotiation of the Protocol of Peace, and the tragic Triangle Shirtwaist Factory Fire (1911), Rosenberg led the ILGWU through a period of great growth and upheaval.

He served on the Board of Grievances and the Joint Board of Sanitary Control and published Memoirs of a Cloakmaker, an account of the New York City garment industry through 1910.

After leaving the ILGWU presidency in 1914, Rosenberg worked as an organizer in Boston, New York and Jersey City. In 1944, a Liberty ship, built to support the American war effort, was named after him. 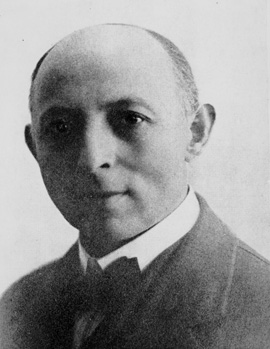